CLÉMENT MATEU BACK ON THE PODIUM IN ZANDVOORT

After the disappointment of Spa-Francorchamps last week when he was hit by another driver, Clément Mateu is back on the podium in Zandvoort with a third place.

This is the perfect timing to get back on track in the championship with the final race at Monza coming up this weekend with two races scheduled.

On a very technical track, which offers most of its corners in elevation, drivers had to adapt very quickly to this particular profile. It is a challenge for all, a track that offers few overtaking zones where mistakes ended up in the gravel.

The driver from Montpellier did not make any mistakes throughout the weekend, with his driving glow up through the sessions. Unfortunately he was given a 5 place penalty, which sent him to the back of the grid for the race.

"Zandvoort is a tricky circuit that requires perfect driving - an old school circuit - and it's quite enjoyable. I did a test when the new car was delivered. I would have liked to have had a little more experience on this track to perfect my driving, technical mistakes went quickly there, you have to be comfortable and find your bearings. I improved my times over the sessions, with the grid penalty we kept our tyres fresh for the race, that was our strategy."

And Clement Mateu was right to save his chances for the race, he didn't make any mistakes, unlike some of his rivals. Staying close to the midfield and managing to improve his lap times, the penultimate lap changed the situation significantly. Three of his direct rivals were involved in a collision, and Clément Mateu was able to move up in the hierarchy from sixth to third place, which secured him a podium and repositioned him in the drivers' ranking.

"I knew it was going to be a waiting race, we saw throughout the weekend that some drivers were making mistakes. Thanks to the work we did, I managed to get closer to the lap times of the best during the race. Towards the end I saw that there were more and more mistakes in front of me, I saw the opportunity to pass three rivals on the penultimate lap. I finished on the podium, which is very satisfying compared to the last meeting in Spa.”

The Porsche Mobil 1 Supercup follows the frenetic F1 sequence with a third Sunday of competition in a row, starting this weekend at Monza, the temple of speed. It will be a double-header to conclude the 2021 season, the perfect opportunity for Clément Mateu to finish at the top of the drivers' standings. 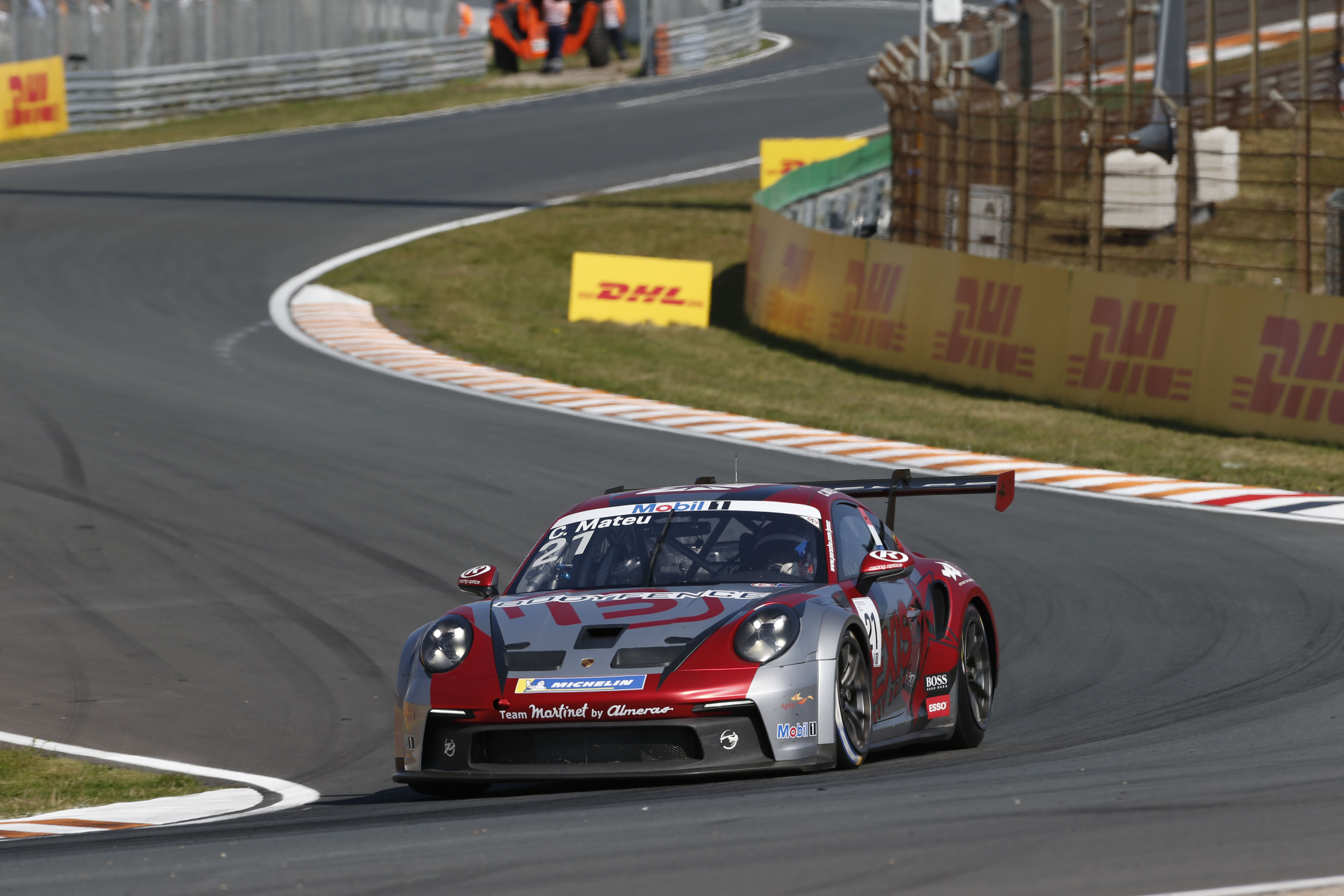