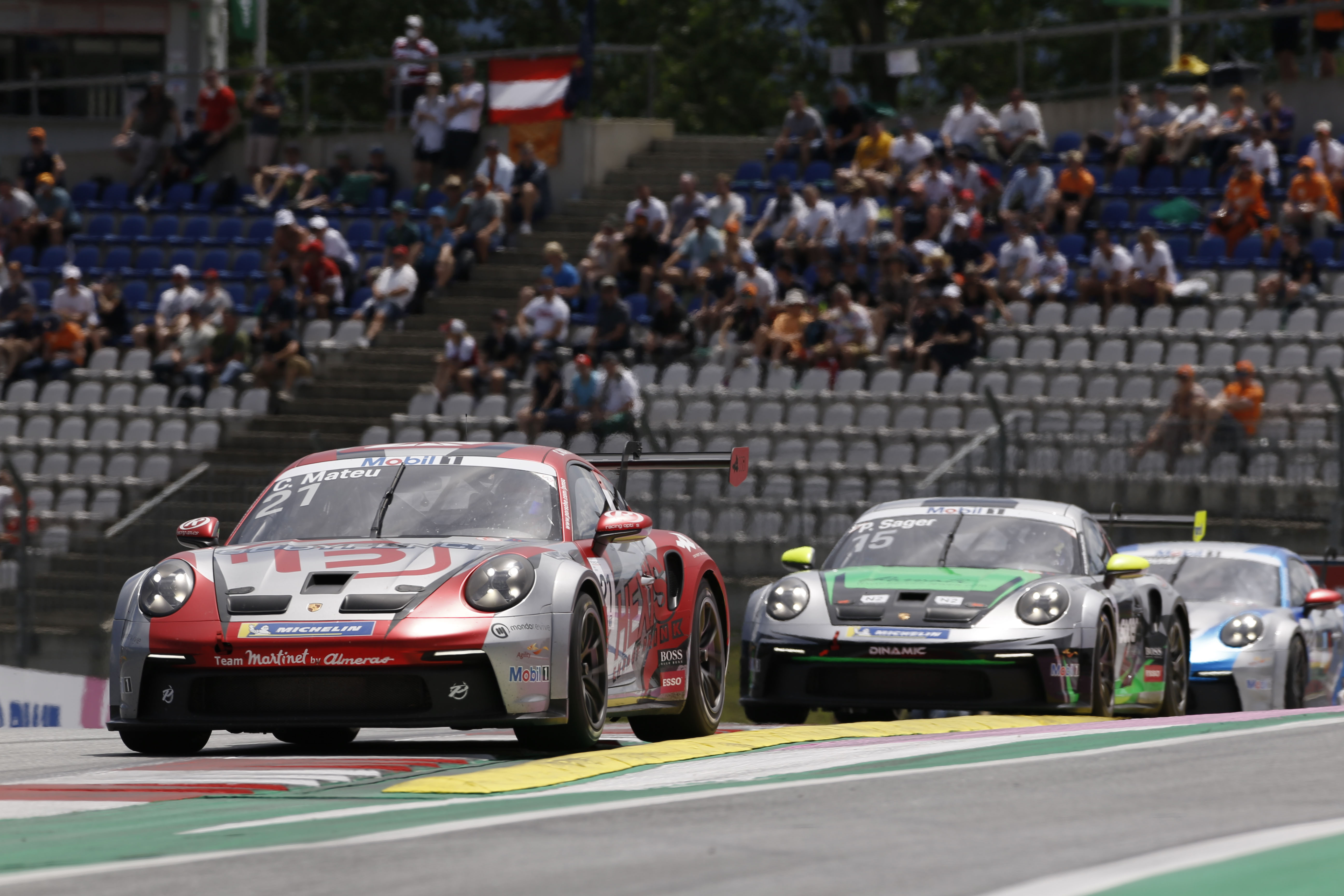 CLÉMENT MATEU, A STRONG PACE AND A GOOD FEELING AT SPIELBERG

One month after the start of the season in the streets of Monaco, the second round of the Mobil 1 Porsche Supercup headed to the Red Bull Ring in Austria. After a strong start with the first race and a class victory, Clément Mateu wanted to keep his momentum going and gain experience with his car (the Porsche 911 GT3 Cup) in order to achieve a great season.

On Friday's practice session, Clément Mateu had already a real pace, fine driveability and a good set-up. He was third in his Pro-Am category, being in the same tenth as his opponents.

Even if it started raining during the last few minutes of the Friday practice, the rest of the meeting took place on a dry track. In qualifying, the HEXIS driver improved his time and achieved his goal of third in his class.

“We had to confirm the pace and the position we achieved in practice yesterday. Qualifying sessions are always difficult, this one is quite short. We had the right set-up, even if we struggled with the grip because it rained on Friday evening.”

Sunday, race day. The weather was steady in the Tyrol’s hills as the Mobil 1 Porsche Supercup was being held as a race support for the F1 Grand Prix of Styria. In 23rd position of the grid, Clément Mateu had issues when the lights went out, as his car slightly moved and triggered the cell that monitors jump starts. Stewards immediately started investigating the situation.

After a promising start, he gained three positions during the first two laps before having to defend his rank against his rivals. Clément had good pace and even matched the leading drivers’ times.

By managing to put pressure on his opponents, he overtook one competitor and gained one position, even taking advantage of a mistake made by another driver. Clément Mateu came back in 20th position overall, third in his class. However, as soon as the checkered flag was waved, he was given a five-second penalty following his jump start, and Clément eventually fell to the 22nd position, 5th in class.

"I’m frustrated with the result but I’m happy with the race itself, it was one of my best. Obviously, it's a shame to have this penalty as the car barely moved. My performance was close to the race leaders’, so that's the positive thing—the car was perfect."

This experience and this flawless driving will definitely help Clément Mateu as he will be competing next weekend during a new meeting on the same Austrian track, where he hopes to reap the rewards of his hard work and further increase his lead. 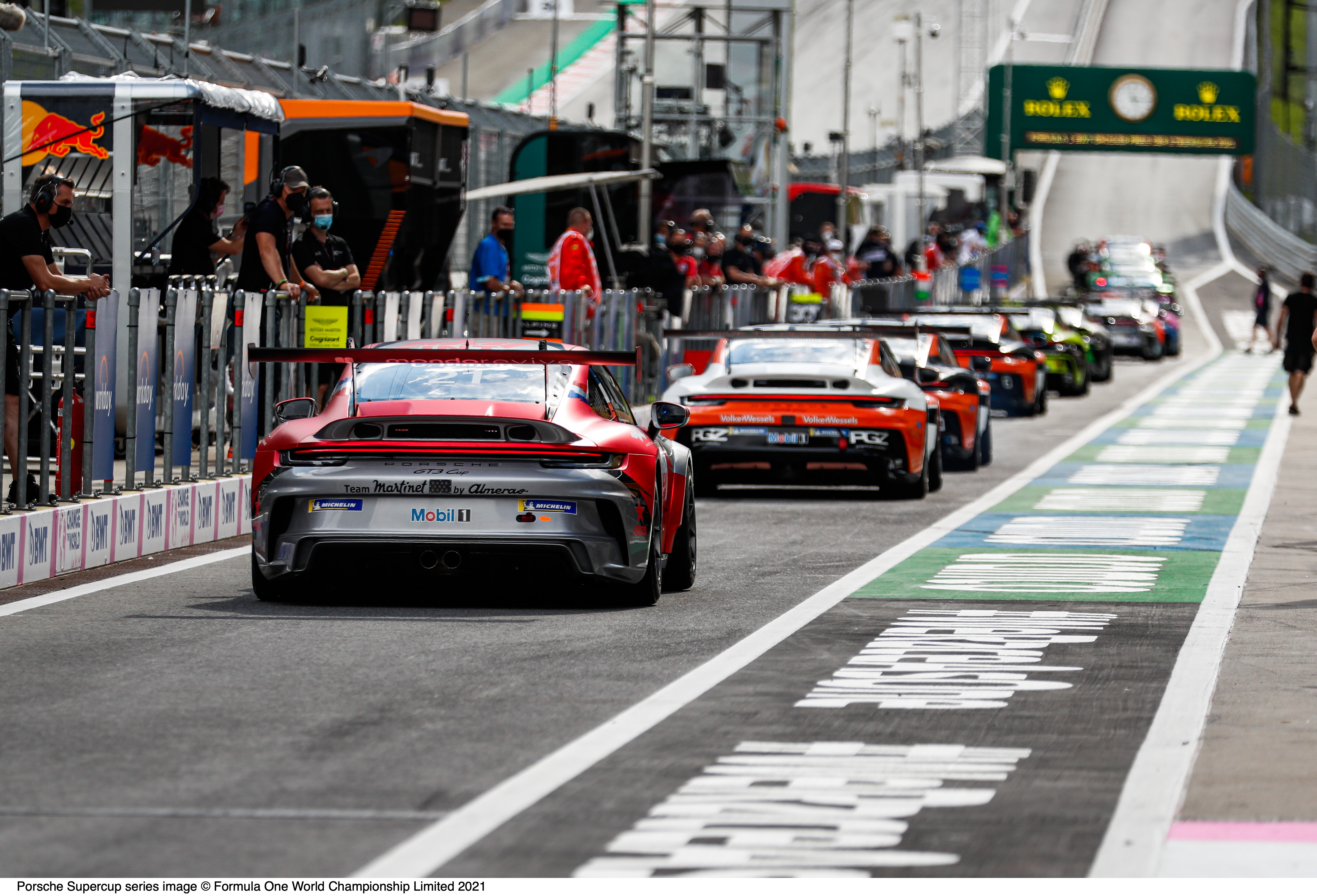 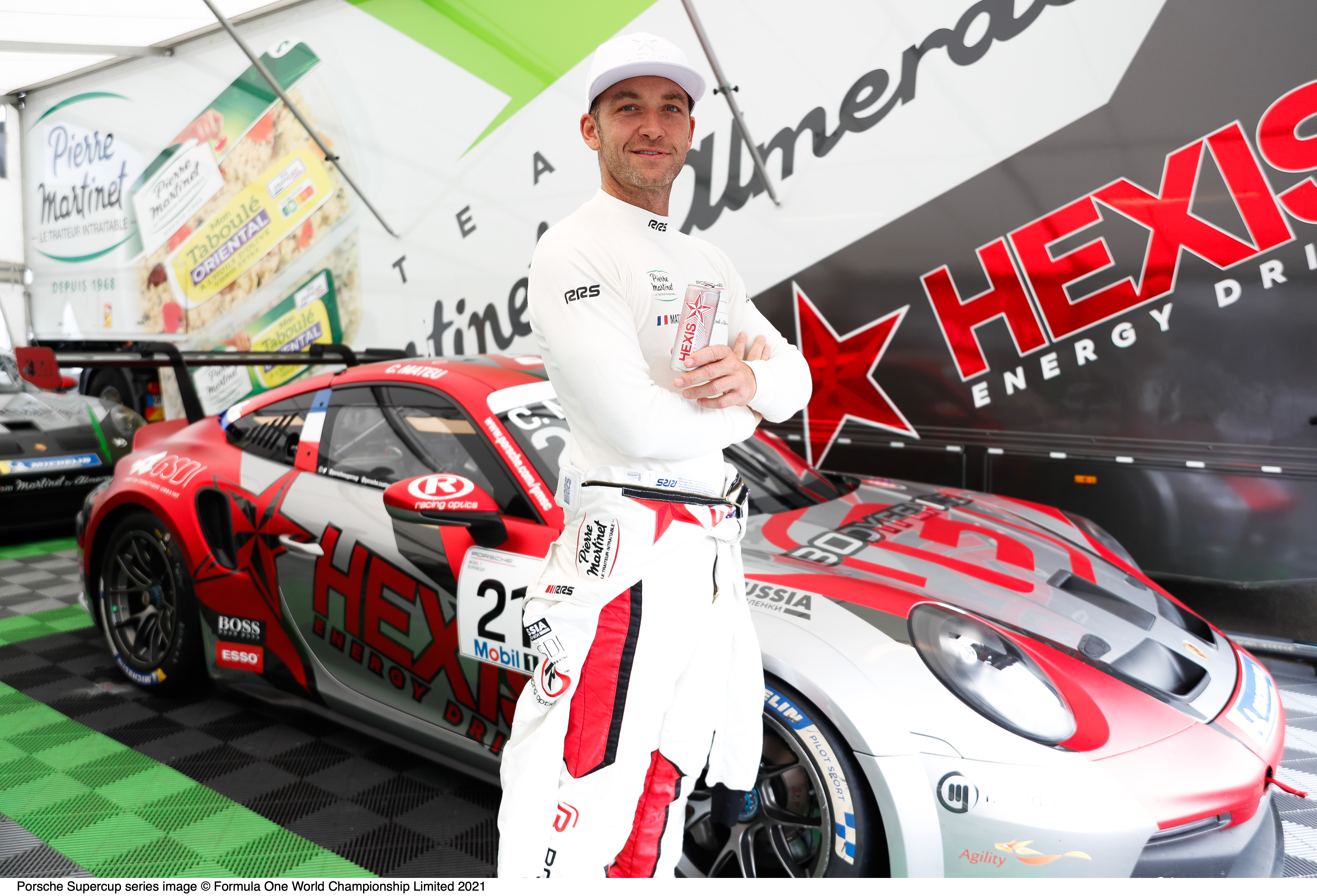 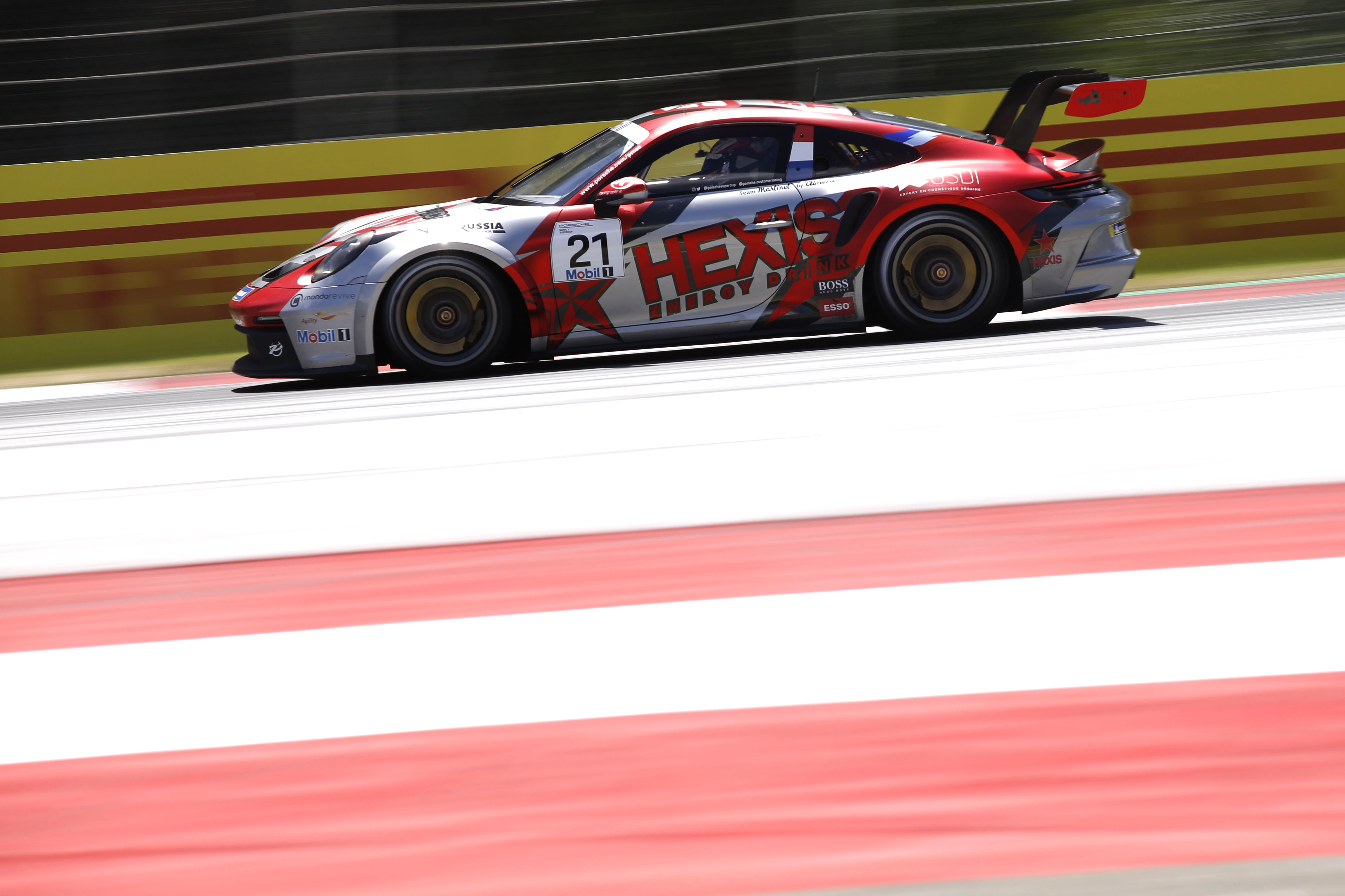 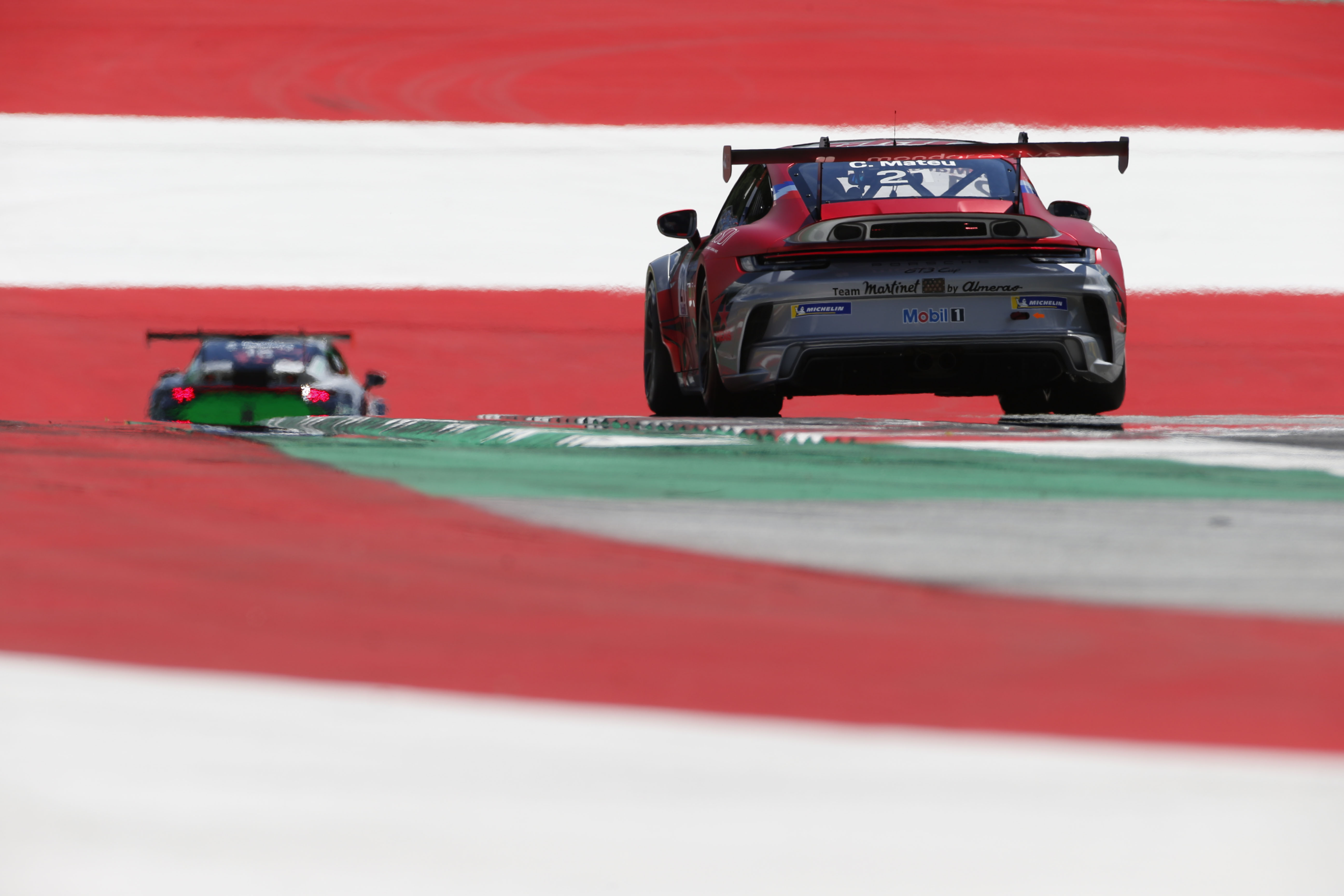