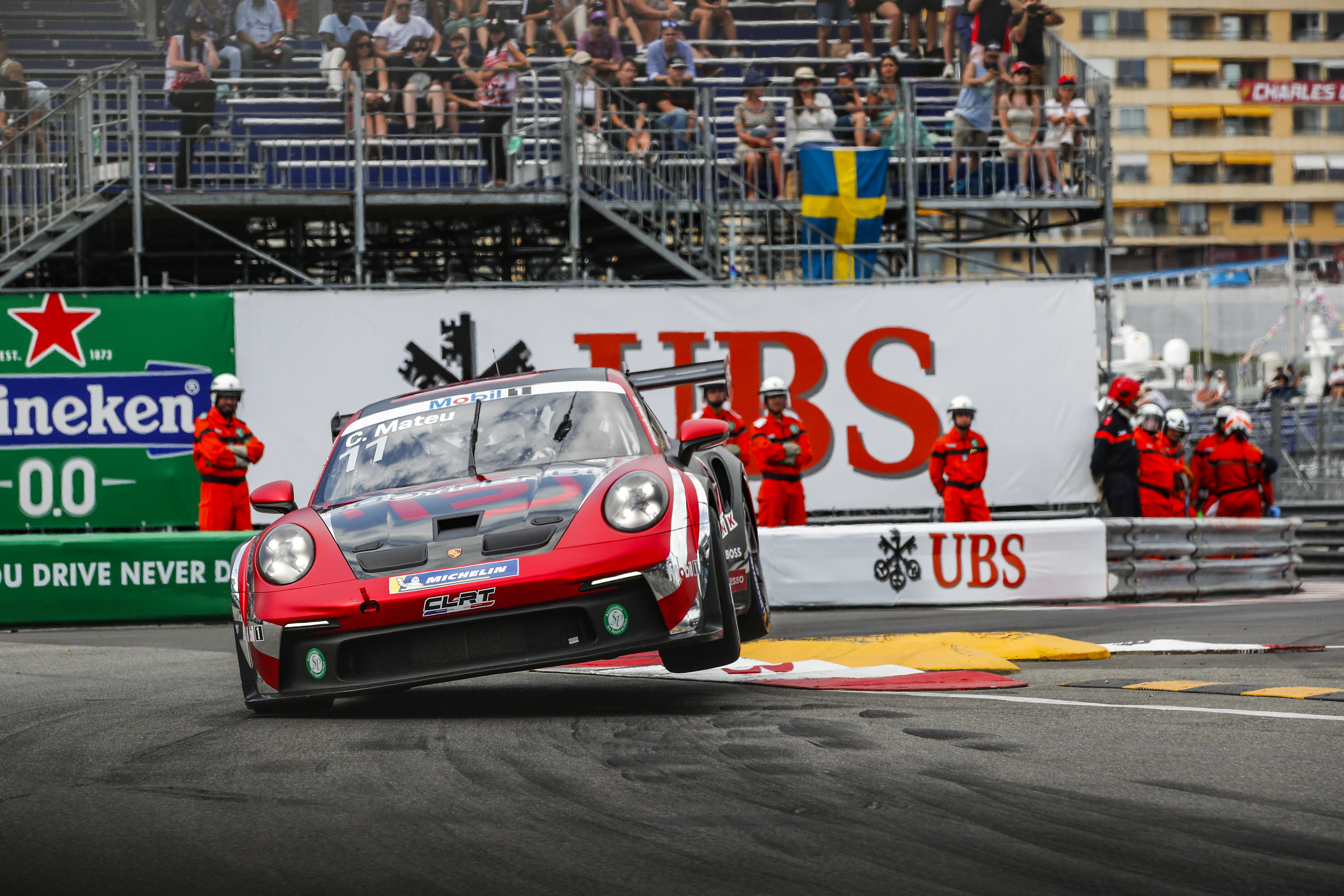 For the second round of the 2022 Porsche Mobil 1 Supercup season, a legendary place awaited the drivers: Monaco! Still part of the F1 World Championship, the Monaco Grand Prix is the judge of the season, where everyone wants to achieve a great performance! Clément Mateu clinches a podium finish in Monaco.

The Monaco meeting has a very special ambiance, it is both the glory and the prestige of the streets, with the fences means that mistakes are forbidden and scoring a good result in Monaco is always an achievement for the drivers!

Mateu on the podium in Monaco

The Montpellier native remembers his victory last year in the streets of Monaco, and being on the podium in Monaco always gives a feeling of satisfaction and a first class performance!

The HEXIS manager knows how important it is to start the Monaco meeting with a progressive car control, to get his marks, to constantly check the grip of the track while avoiding damages. And the free practice session proved him right, as one of the competitors went off the track, which neutralized a good part of the session, a lack of driving that penalized the rest of the grid.

With this lack of practice, it was difficult to optimize the settings for qualifying. Clément Mateu set the 4th fastest time in his class, but felt that there was much better to do! He remains focused on his goal of doing well in the race.

After a cautious start, and an involuntary cutting of the first corner to avoid competitors, the Montpellier native set up his strategy and put pressure on his opponents. He reached the second position in the race, which he managed to keep until the finish, but a penalty for crossing the first turn will demote him to the third place, a nice podium nevertheless in the streets of Monaco!

This means that Clément Mateu stays in contact in the drivers standings, second on equal points with the one who preceded him on the Monaco podium.

"The Monaco meeting started with a shortened free practice session due to an oil leak on the track and the crash of a competitor after the tunnel, which reduced the session by half. We ended up with the fourth fastest time of the session, which wasn't totally satisfactory in terms of performance, but in Monaco you have to go for a steady performance and not hit the rail.

Then for the qualifications, we did not find the rhythm, it was very hot, we didn't find the solution, our effort was not good enough, I registered the 4th time of the category and last on the starting grid because of a driver not qualifying.

At the start of the race I wanted to be aggressive, but I had to cross the first corner, I was in the good lead car, I kept being ambitious on the first laps and I was second in the Pro/Am. Unfortunately, I got a 10 second penalty for cutting the first corner, I took the checkered flag in second position, but this penalty relegated me to third place. I remain on the podium which is a satisfaction for this weekend.

This classification in Monaco is a satisfaction because it is a great challenge. Even if we are always looking for the best performances, we have to be happy with these performances. I'm still a little bit behind the driver who leads the championship, but he has a lot more experience than I do, so we'll do everything we can to come back better in the next races. 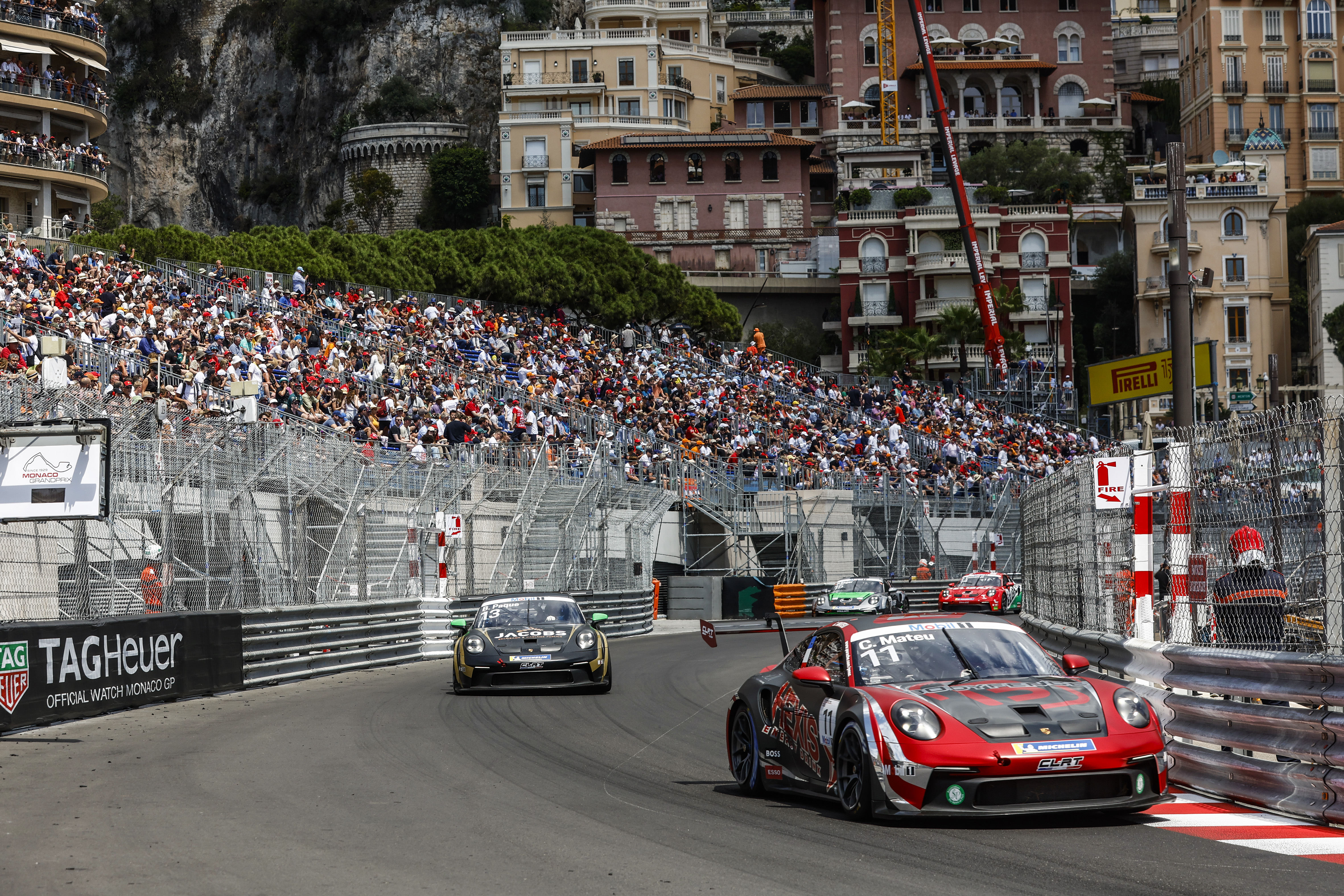 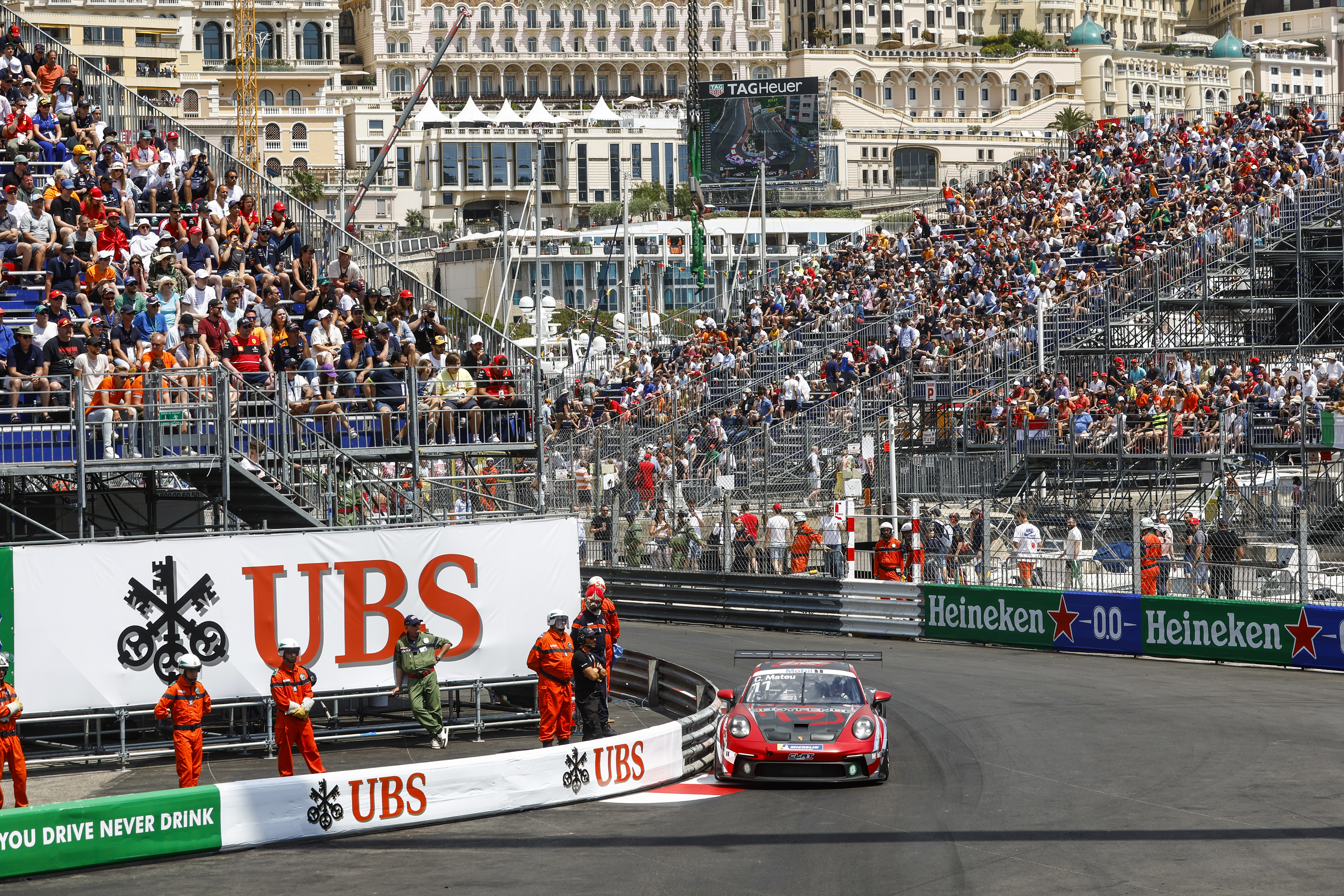 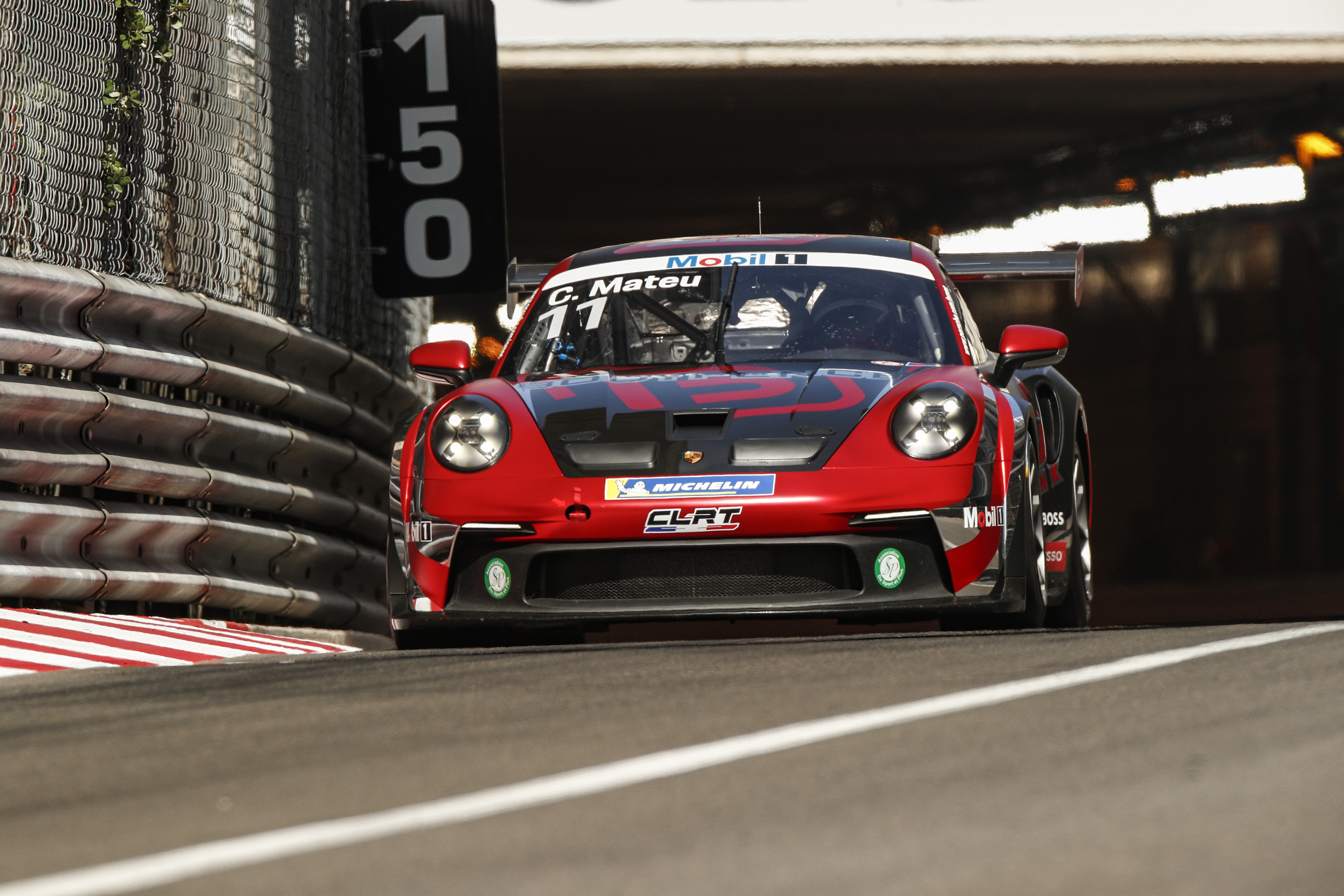 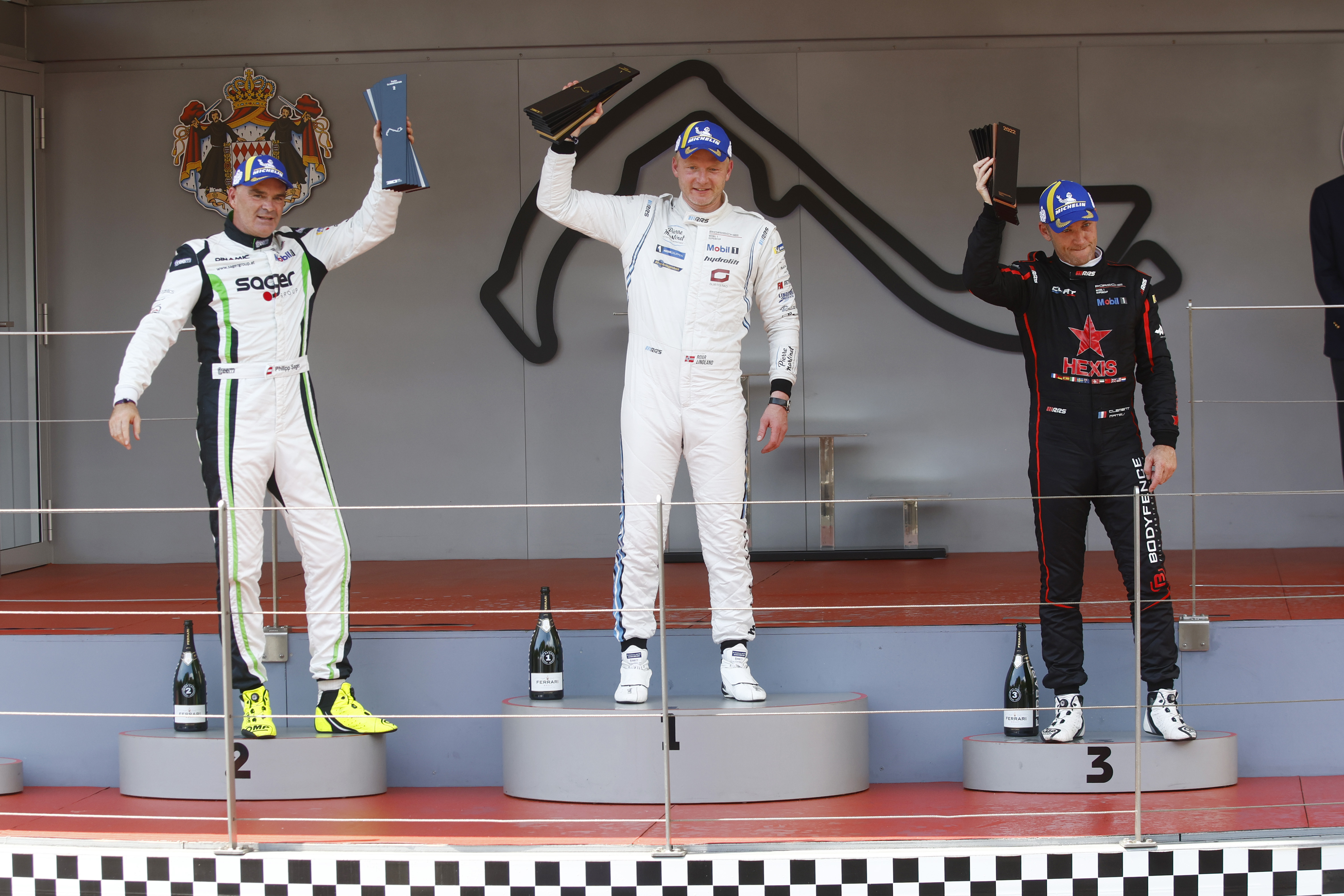