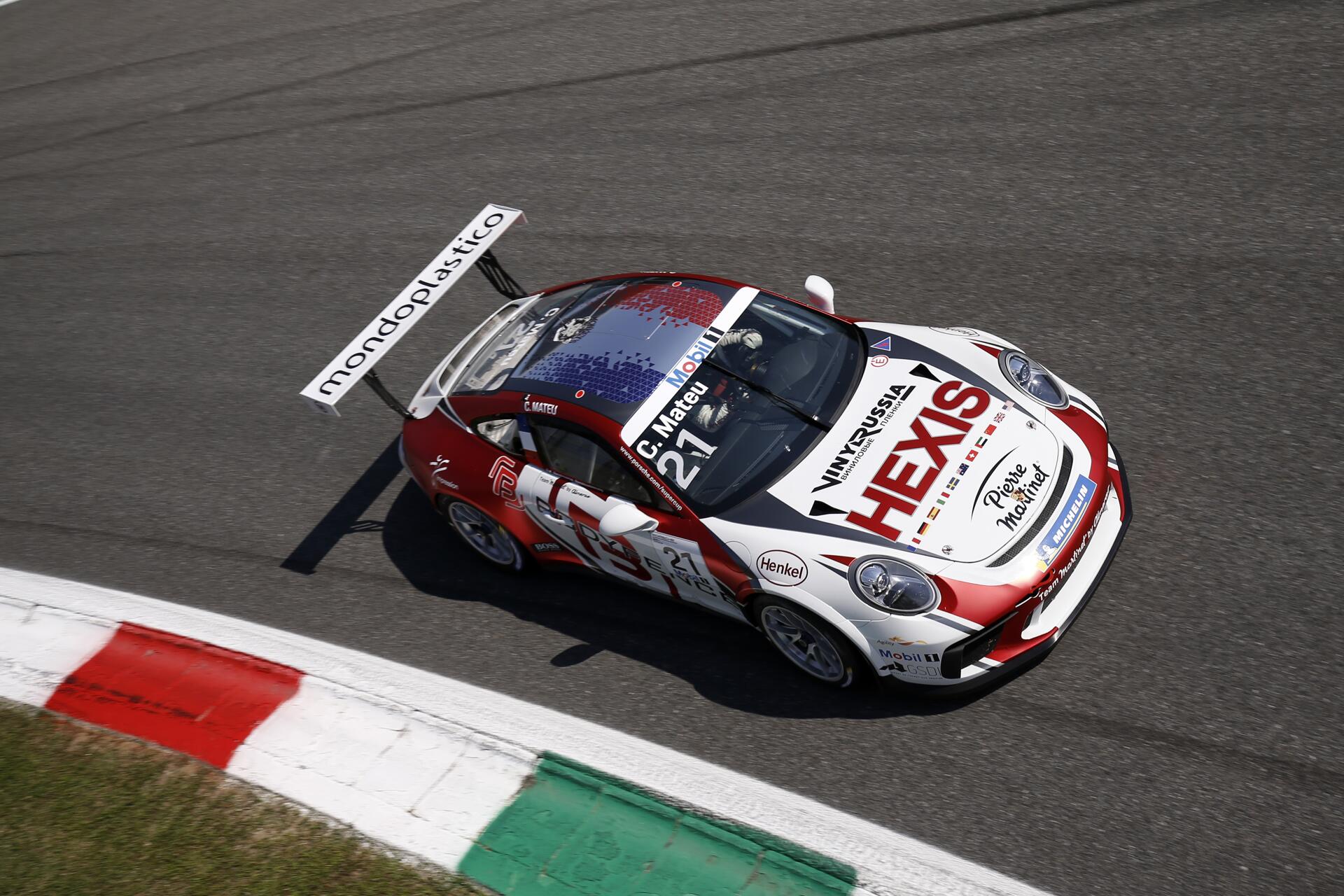 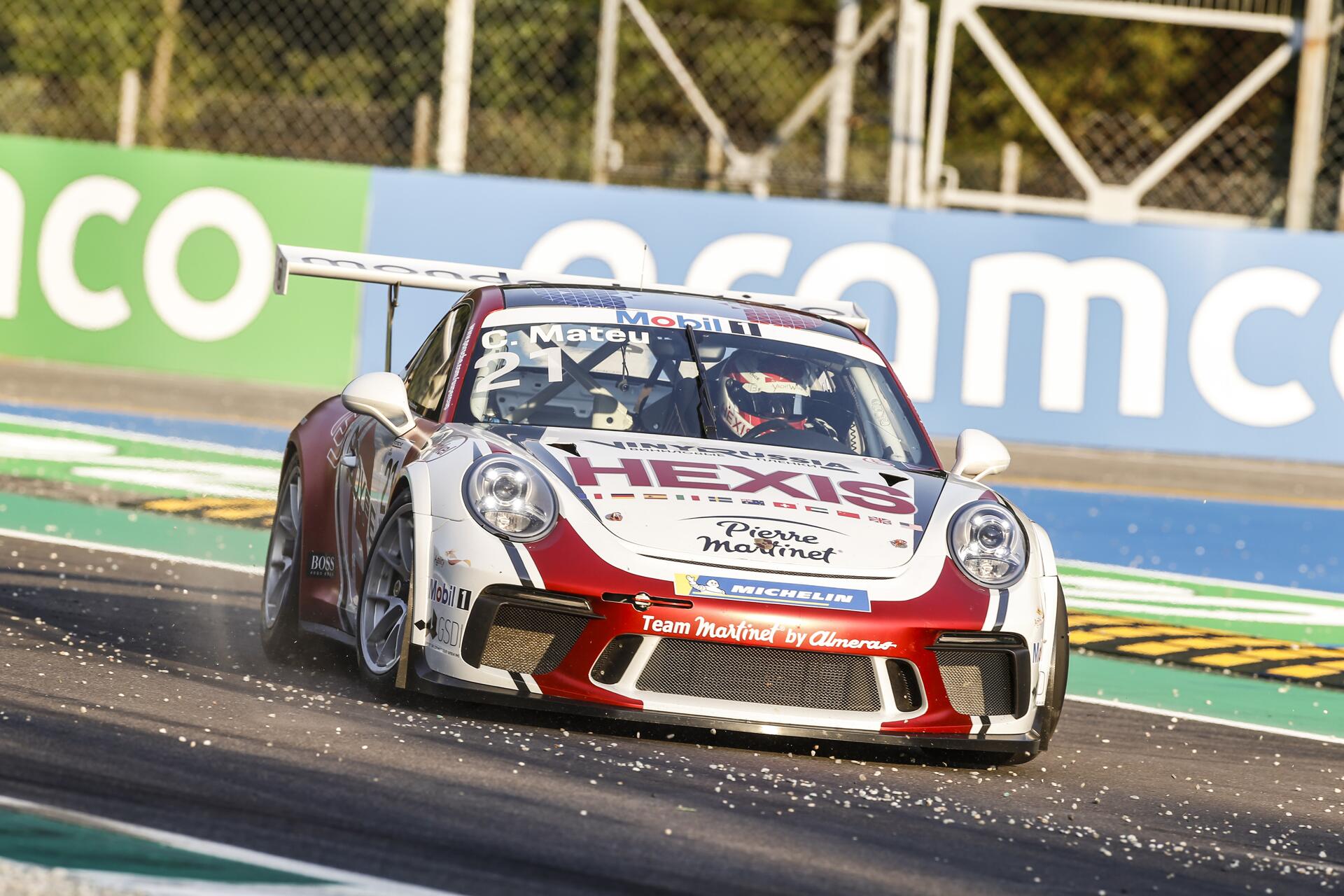 Vice-champion Pro-Am in 2020, Clément Mateu is back in the Porsche Mobil 1 Supercup this year with higher ambitions!

Clément Mateu is back for a third consecutive season in the highly competitive Porsche single-brand cup, which takes place alongside the Formula 1 Grand Prix.
The HEXIS driver can look back on a successful 2020 season with six Pro-Am podiums in eight races. Clément Mateu did not take long to make his mark last year, climbing onto the podium in Austria, the first of a long series. He then went on to take five more podiums at the Hungaroring, Silverstone (double podium), Barcelona and Monza, including two second places at Silverstone and Barcelona.
Third season with the Martinet by Alméras team
The Montpellier native intends to quench his thirst for victory in 2021 by taming the 510 horsepower of his new Porsche 992 GT3 Cup, entered by Martinet by Alméras. The team founded by Pierre Martinet and Philippe Alméras has a wealth of experience and first-class results.
Present at all levels, the Herault-based team can boast a successful record in 2020 with two victories overall, two victories in Rookies and six victories in Pro-Am, for a total of 28 podiums in all classes combined!
The Pro-Am title of the Porsche Mobil 1 Supercup is clearly the goal of Clément Mateu. His quest for the title will begin on the mythical Monaco circuit, from 20 to 23 May.
2021 Porsche Mobil 1 Supercup calendar:
20 – 23 May: Monaco
25 – 27 June: Le Castellet (France)
2 – 4 July: Spielberg (Austria)
16 – 18 July: Silverstone (England)
30 July – 1 August: Budapest (Hungary)
20 – 22 August: Spa-Francorchamps (Belgium)
3 – 5 September: Zandvoort (Netherlands)
10 – 12 September: Monza (Italy)
“I’m proud and lucky to be entering my third year with Martinet by Almeras for the 2021 Porsche Mobil 1 Supercup season, with the new Porsche 992 GT3 Cup. Even if we are living a special period, even if the future is full of doubts, I thank more than ever my partners who supported me to give me this chance to continue racing in the most famous sprint cup in the world. Thanks also to my family who has supported me in this adventure since the beginning. ”
Clément MATEU, Director of HEXIS and driver of the Porsche 992 GT3 Cup
“I have known Clément for many years and he is a driver that the whole team appreciates very much. During the last two seasons in our team we have followed his progression. Last year he showed a constant evolution and he was very often on the podium. We hope that he will finally be able to enjoy victory.”
Philippe ALMERAS, Team manager of Martinet by Alméras
The new Porsche 992 GT3 Cup gets its new livery for the 2021 season! 👇🏼 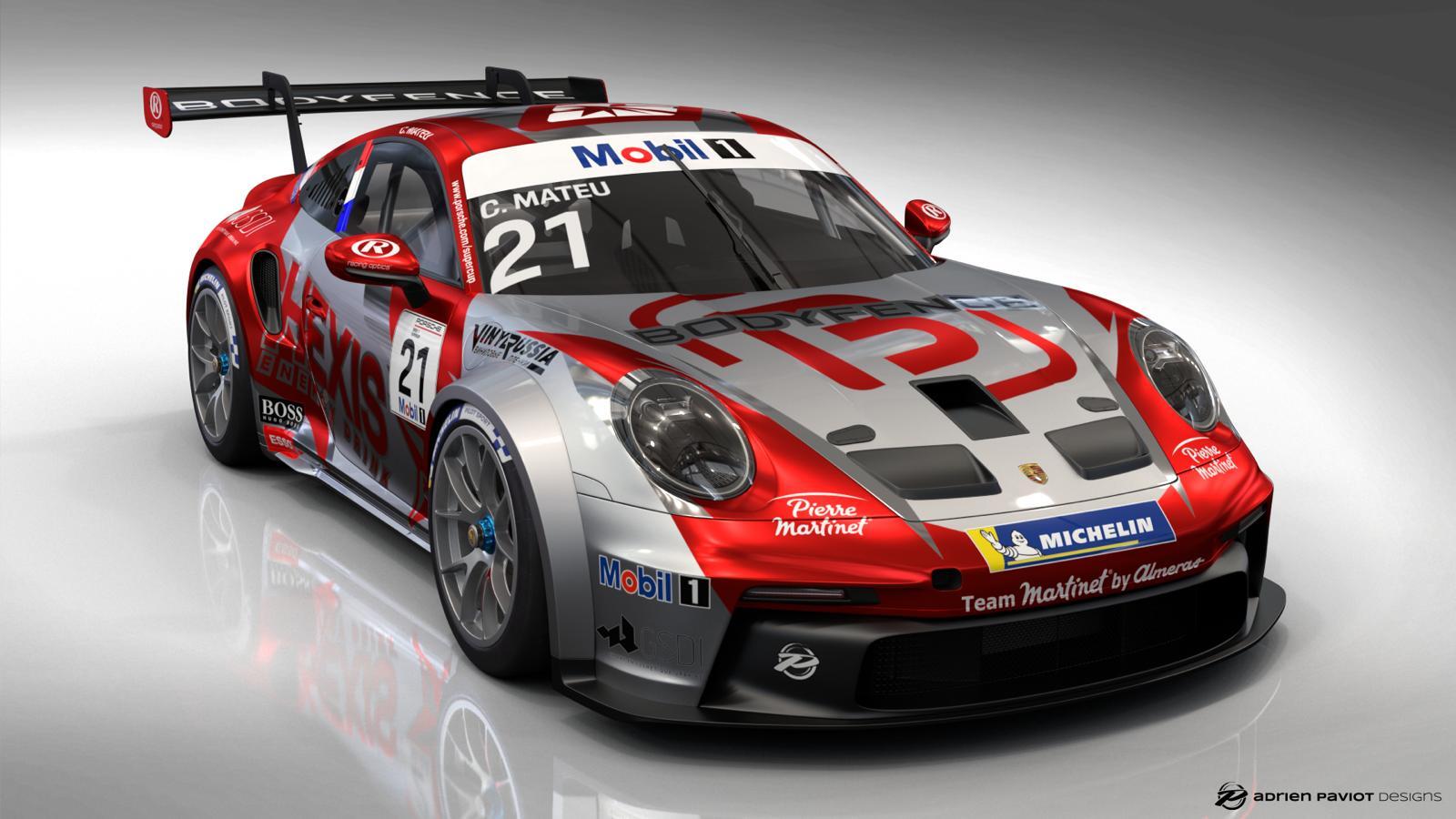 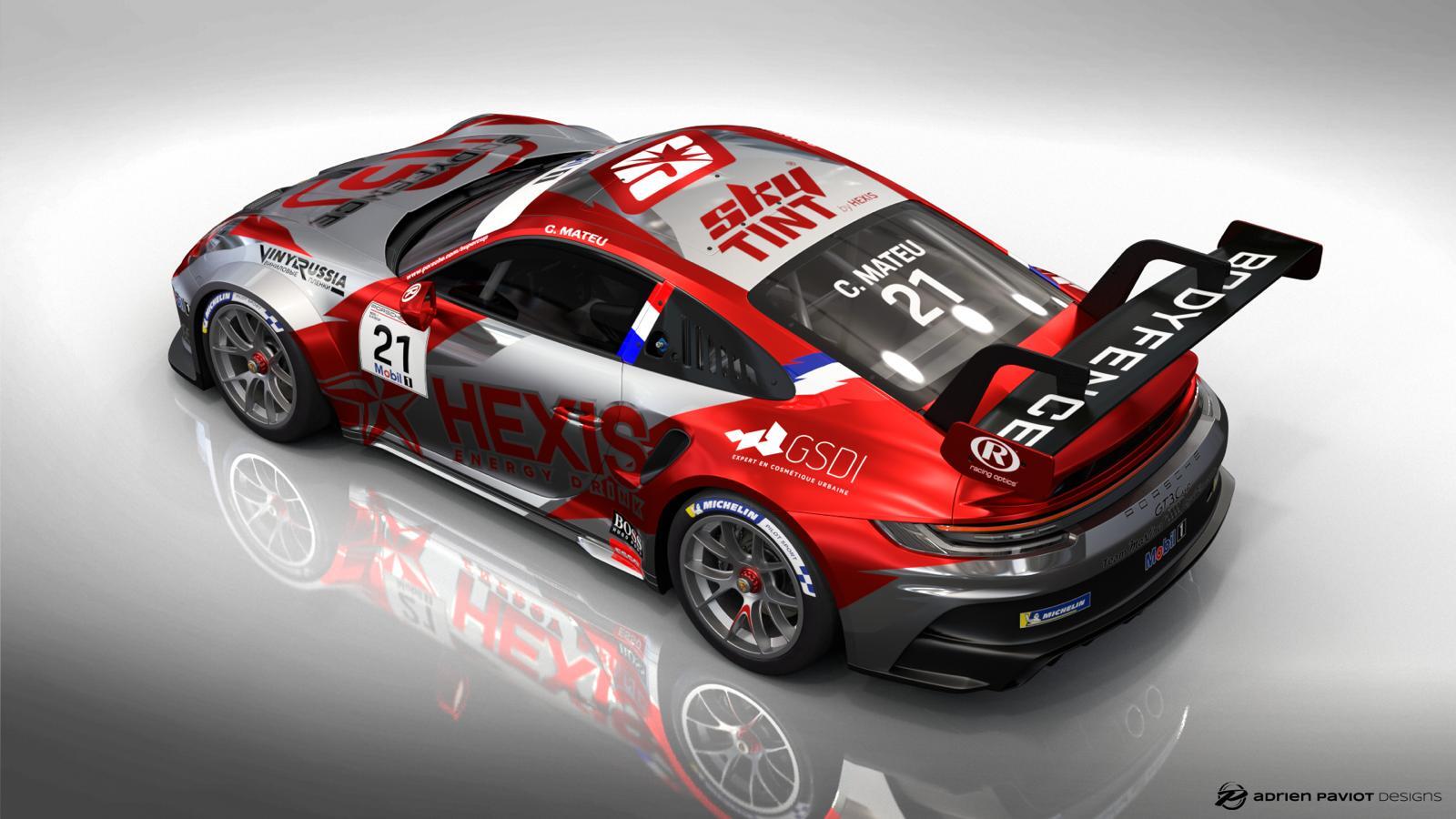 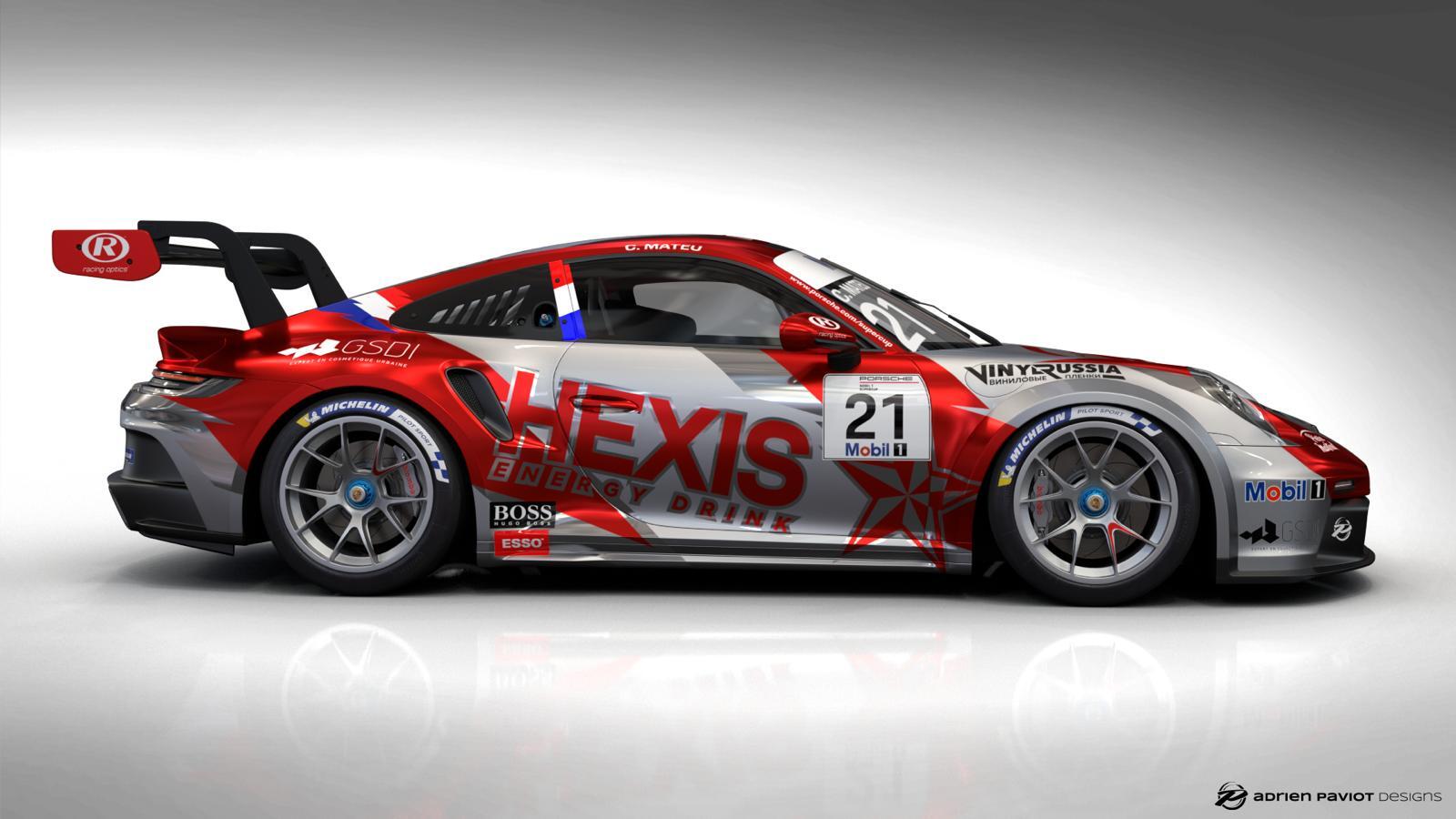 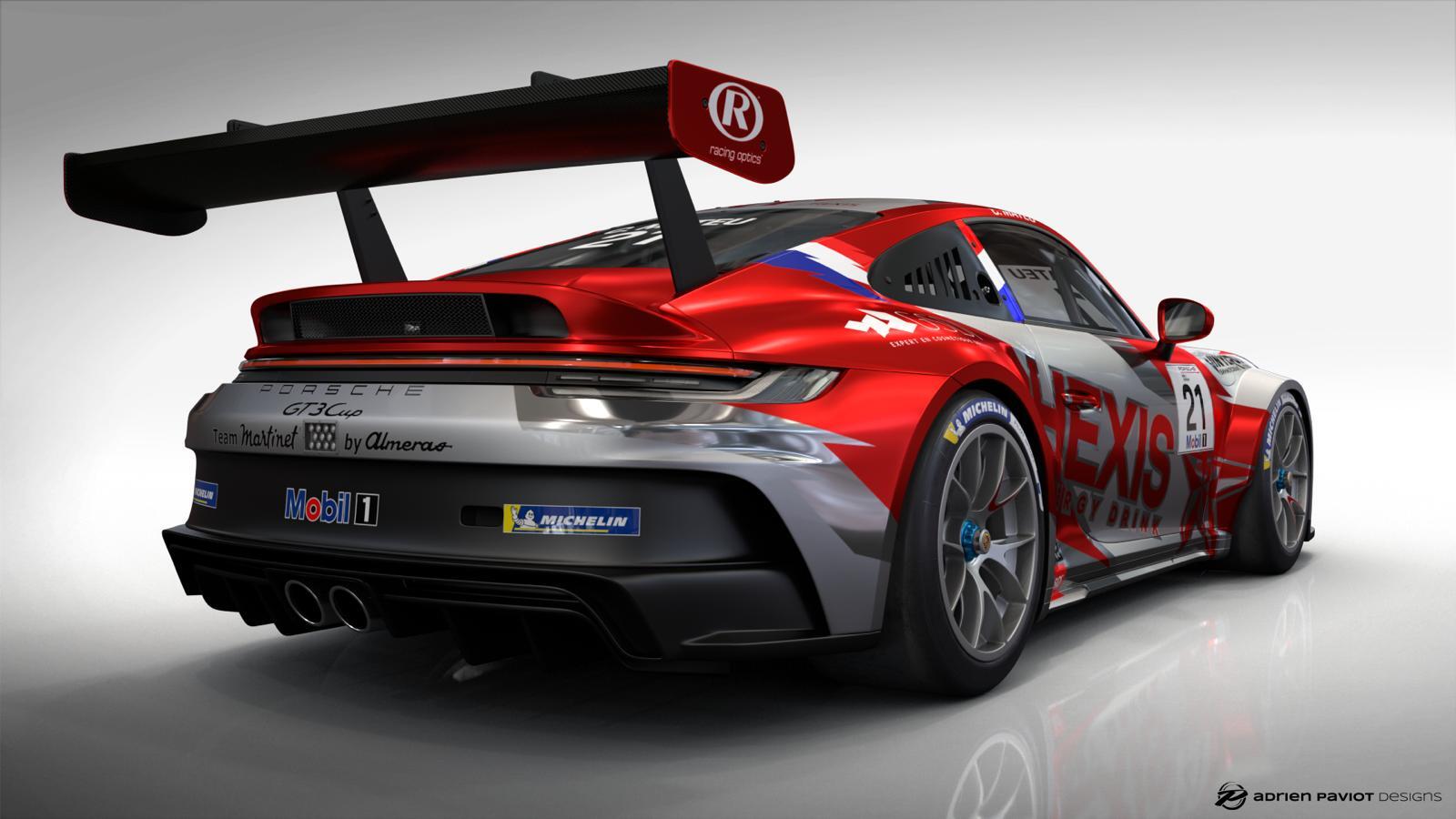