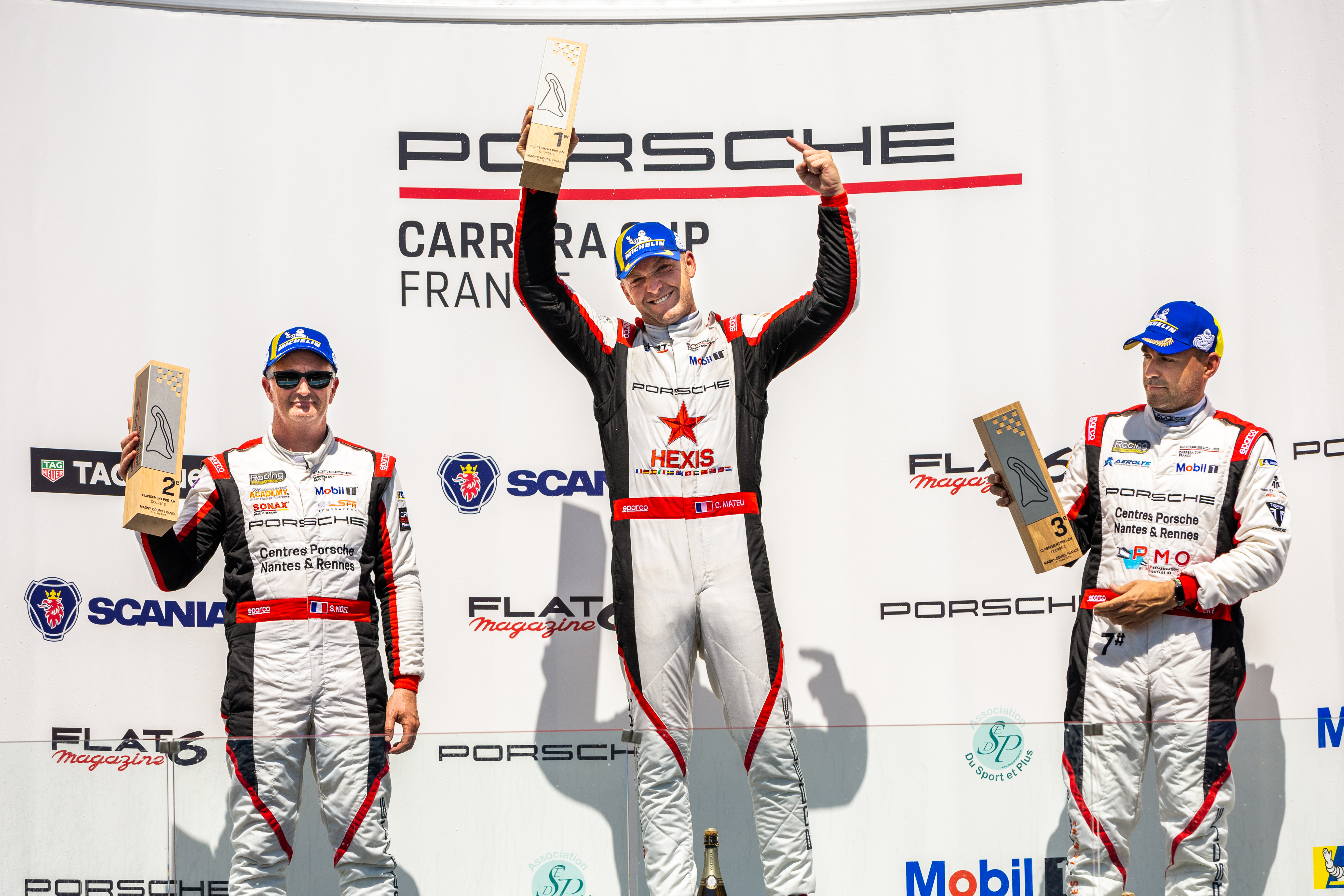 VICTORY AND A PODIUM FOR CLÉMENT MATEU AT MAGNY-COURS

Magny-Cours is the second race in a row after the trip to Belgium at Spa-Francorchamps, the Porsche Carrera Cup France Championship is back here at the well-known Magny-Cours circuit, which hosted a huge motorsport event!

It is within the GT World Challenge Europe round where the public is focusing on GT3s,and the Porsche Carrera Cup France Championship performed as a support race! The perfect timing for Clement Mateu to score his first win of the season, and another podium finish, despite a race shortened due to a pile-up.

First victory of the season for Clément Mateu

This is the hottest weekend until there, and the rain won't come. Clément Mateu performs great laps during the free practice sessions by improving his lap times. The growth margin is real, and the driver from Montpellier will prove it during two qualifying sessions, dividing by half his gap on the best time of the Pro/Am category. And he will still raise the pace in the second session of the qualifications, by placing his best benchmark closer to the poleman in Pro/Am.

In the first race, a pile-up happened as soon as the lights went off, as one driver was unable to start. Behind him, some drivers could not avoid the unfortunate driver who was immobilized on the track. Five cars were involved in this accident, without any injuries, thankfully! The race was neutralized by the safety car procedure, before being interrupted by a red flag. It will be restarted, behind the safety car and will go until the checkered flag, Clément Mateu will keep his third position, which means a podium!

All the drivers were more pleased with the second race, which was run in its entirety and was not disrupted by any incident. The HEXIS manager took advantage of his good race pace to keep his third position for three quarters of the race. But drama goes on in the last seven minutes of the race, the two leaders contenders will collide on the track. Jérôme Boullery being too confident on a braking, he will strike Sylvain Noël at the Adelaide hairpin. The former leader is spinning, Clément Mateu will overtake Boullery to take the lead of the Pro/Am category. If Sylvain Noël came back and was able to pass Jérôme Boullery, the CLRT driver did not make any mistake and kept his position to get his first victory of the season in Porsche Carrera Cup France.

"It was a good weekend, where the level is so strong especially in the Pro/Am category, I saw it clearly again with the tight times in qualifying. I'm a little bit behind but I'm improving as the sessions go on, the practice was pretty cool overall."

"There was a big accident in the first race, one of my teammates, Hugo Gazil, who wasn't able to start and get out of the grid. I managed to avoid him but not other drivers! It's a shame for him, but that's the way it is, we finished third and the race ended under Safety Car, we still scored the podium points, a reward for our efforts since the beginning of the season."

"In the second race, I had to make no mistakes, I followed the pace of the leaders. They pulled away from me a little bit after the halfway point, but they collided into each other in the last minutes of the race. It was a good opportunity for me to get into the lead and hold off their attacks in the last few laps. I'm happy with the win, but I won't be fully satisfied until I achieve the perfect weekend with pole position, the fastest lap in the race and the win on my own, without any race incidents."

"I am glad that Hugo Gazil was not injured in the accident in the first race, sorry for the other drivers who had to retire earlier. In the end, we had a good weekend, it's good motivation for this win, it recognizes our efforts from the beginning of the year, we'll now turn our attention to Monaco." 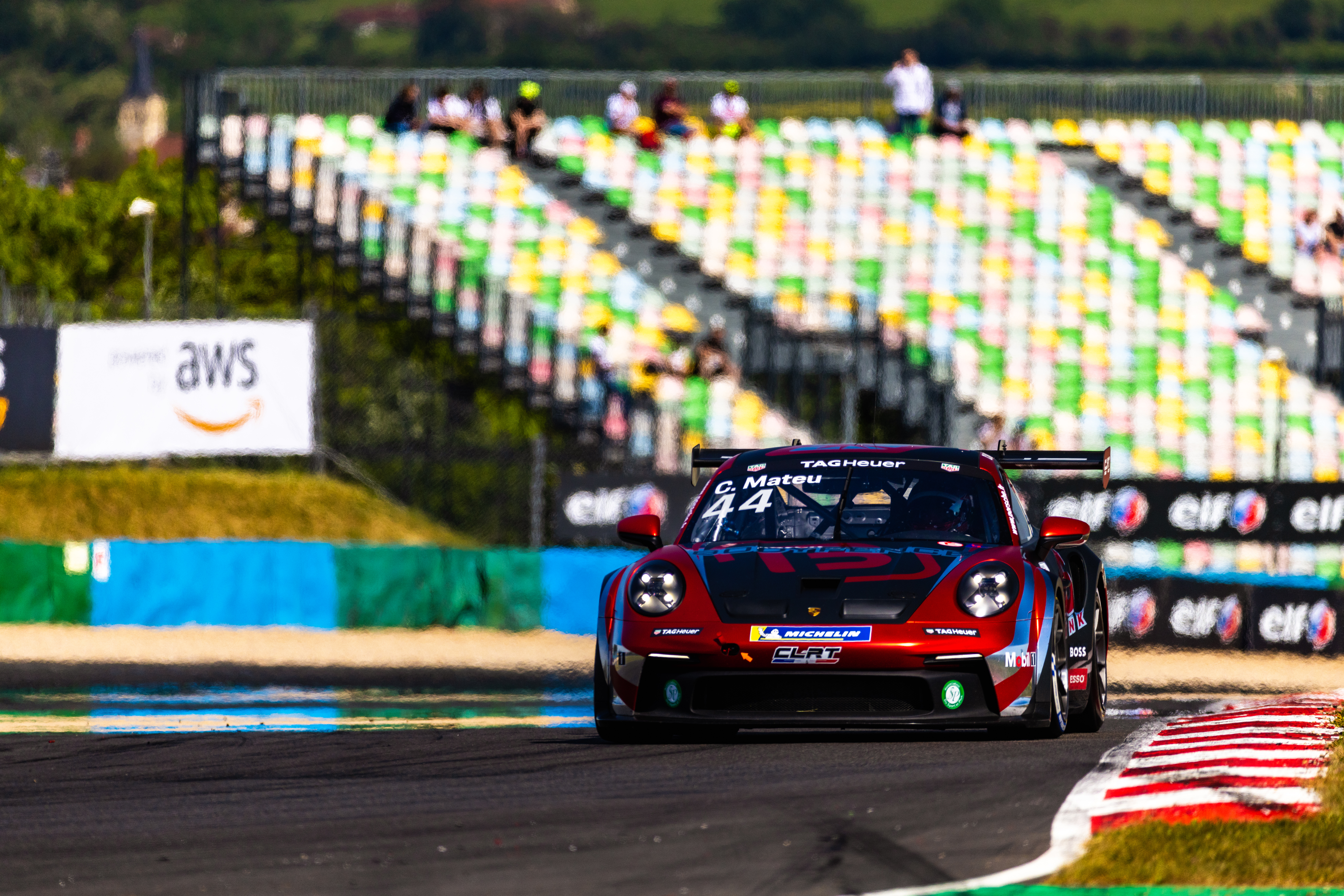 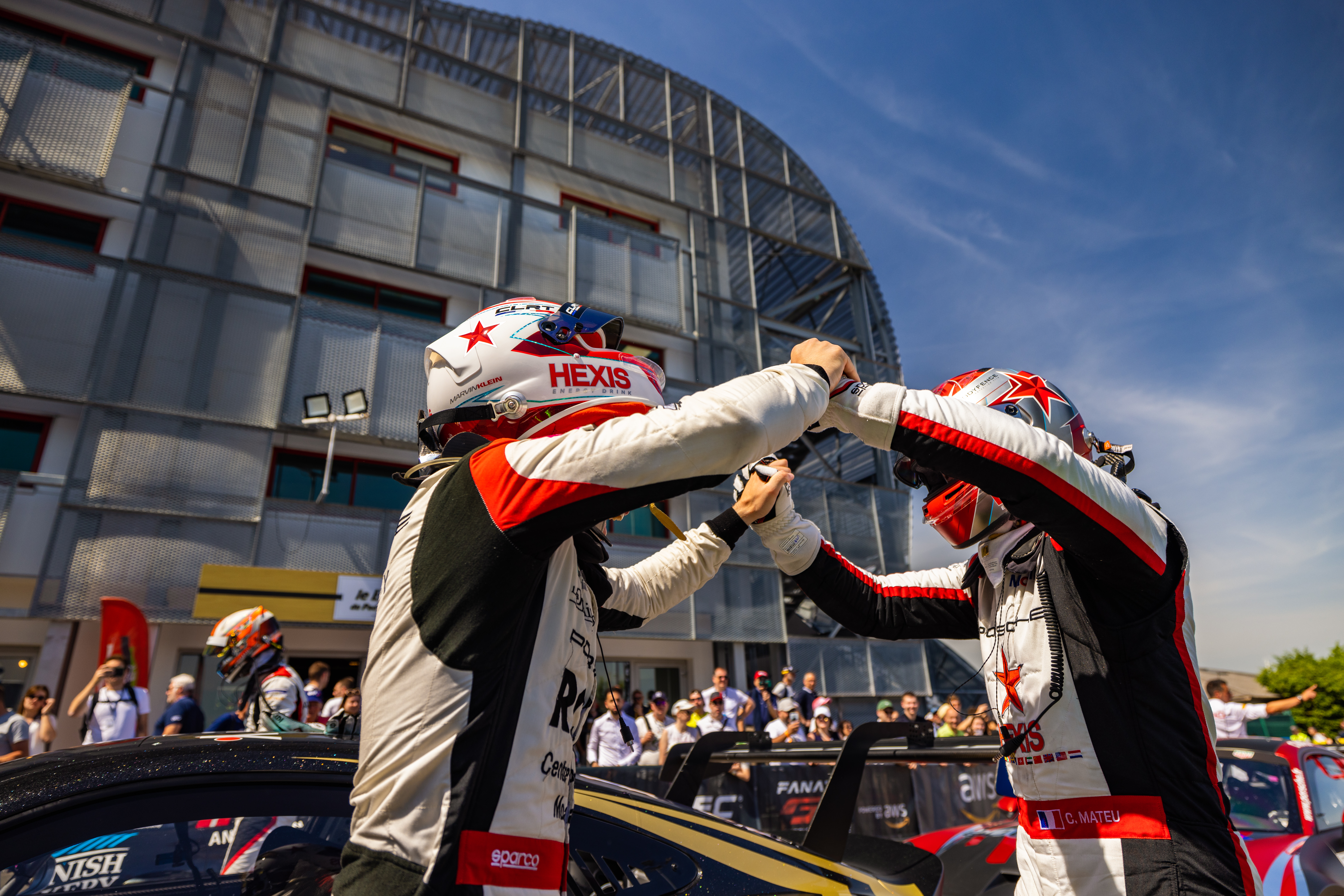 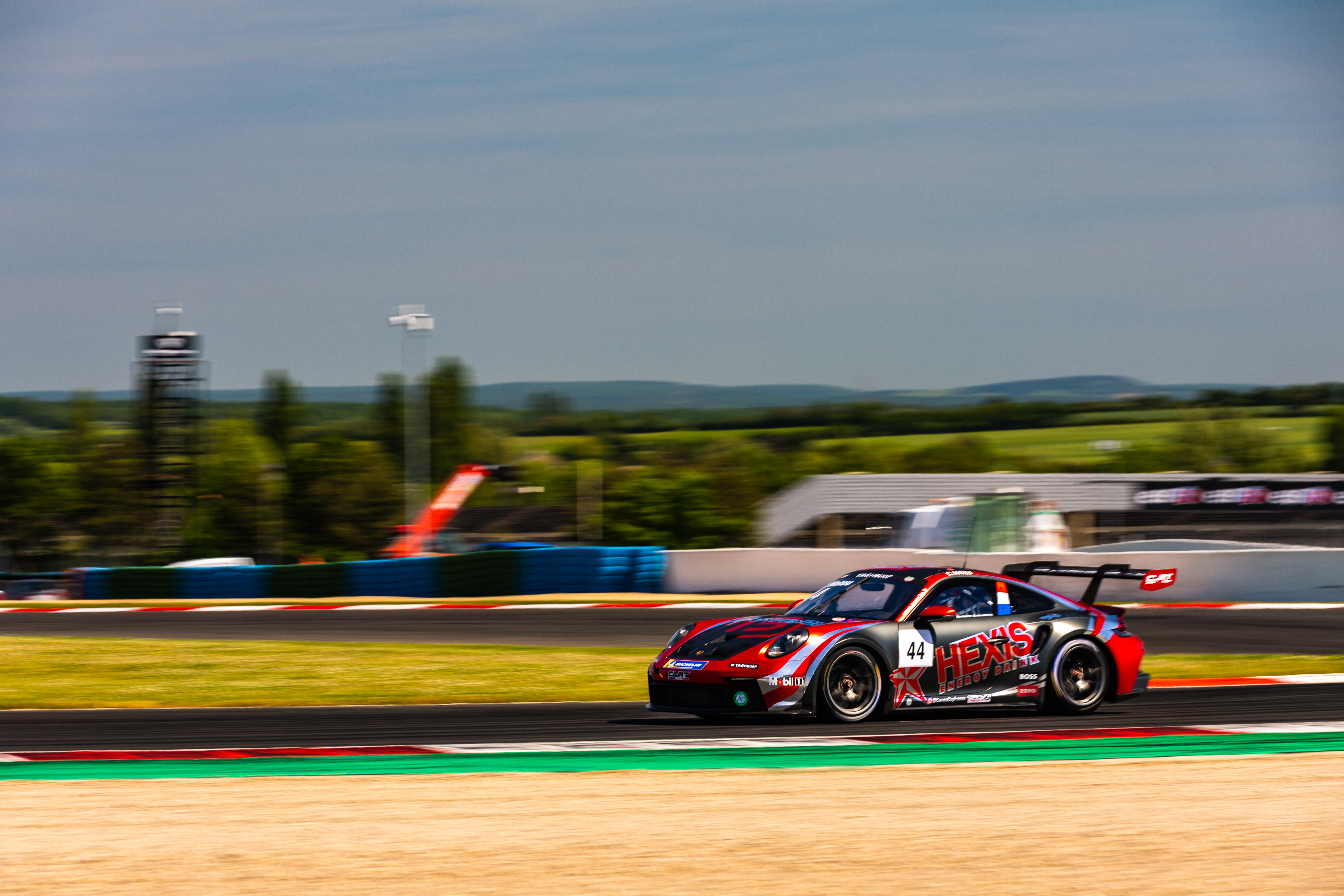